The world is now at peace after having endured a conflict between the church and witches for 500 years. However, embers of war still burn in some regions of the world. Cervil is a hopeless student at the Kingdom of Wenias' College of Magic. Cervil has somehow lost all memory of his time before attending the college. The school's headmaster Albus sends him for special training to the southern part of the continent, where persecution against witches runs strong. 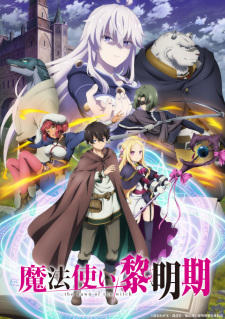